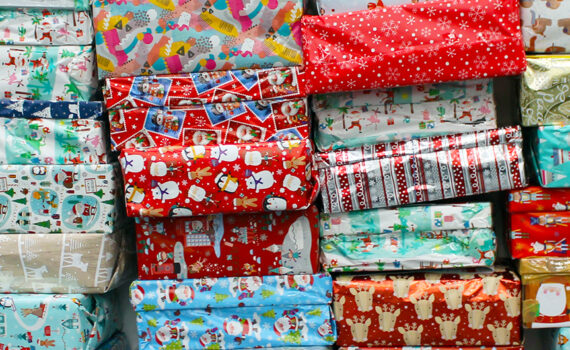 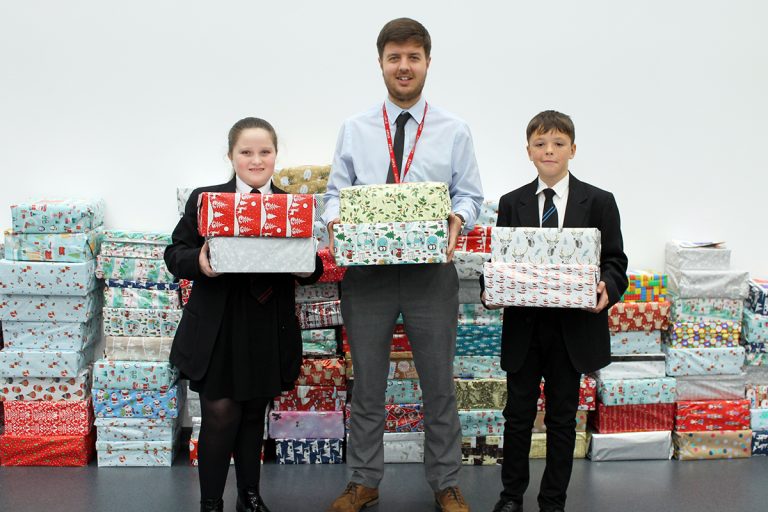 The English Martyrs Catholic School and Sixth Form College have sent 116 Christmas shoeboxes to the people of Moldova in time for Christmas.

The shoebox appeal, led by Matthew Hutchinson, a member of support staff at EMS, ran across the first half term of the new school year.

Working with the charity ‘Link to Hope’, the aim was to get the shoeboxes to the poorest areas of Moldova in time for Christmas.

The gifts were filled with a variety of items including gloves, scarves, pens, paper, socks, toiletries and much more.

“I always remember really enjoying filling a shoebox every year when I was a student at EMS and wanted to try and revitalise the appeal now I work there.” Matthew told us.

Various similar appeals have been supported over the years at English Martyrs but have not happened for a number of years.

“I launched the appeal and donations were going really well.” Matthew said

“Then I received a donation of 39 boxes from the ‘Mini-Vinnies’ at St. Teresa’s Primary school – I was over the moon!”

The Mini Vinnies are a national organisation, the Primary School section of the Society of St Vincent de Paul (SVP), which is a Catholic charity with a mission to help those in need in the local community and the wider world, whether that need is friendship or financial.

Olivia Brackstone, a year 5 student at St. Teresa’s and a member of the Mini-Vinnie group said: “It was fun to help and good to know that people are going to be happier in Moldova this Christmastime.”

The shoeboxes have been collected by the charity and will now be on their way to the village of Cosnita.

“I would like to thank all of the students, parents and everyone who supported the appeal this year.” Matthew said.

“I would especially like to thank Mary Frain, Headteacher of St. Teresa’s Primary and her Mini-Vinnies for their huge contribution.”

“I hope to run the appeal again next year so keep an eye out for our appeal.”