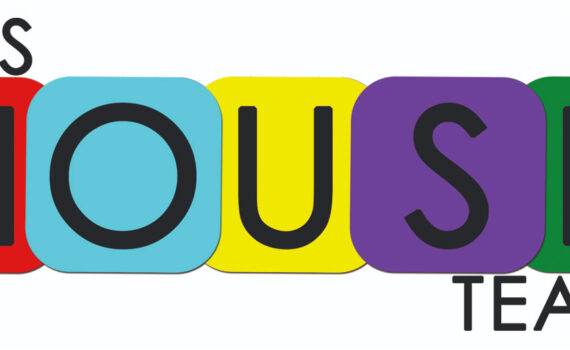 School is closed due to Coronavirus, do we let Anne Line just win the House Trophy? Not a chance! It has been the closest the points have ever been this year so we are keeping the competition going by introducing some remote House Activities!

The first competition, ‘Cards To Show We Care’ was launched last week and gave students the opportunity to create a card that we could send to residents of care homes across Hartlepool. Many are temporarily isolated from their families, so, to show we are thinking about them, we thought it might be nice to send a card. The winning card from the competition will be reproduced and sent from the school.

We had many entries and a huge well done to everyone who took part and entered.  We had some incredible designs and ideas and here are our top 5 cards.

Our overall winner and first place in the competition was this beautiful design from Jemima Craggs in Year 7, and more importantly for the House Competition from St. John Boste House meaning they scoop the 8 points.  Mr Hope, who judged the entries, felt this met the brief perfectly and was a really bright, colourful design which could cheer anyone up.

In an extremely close second place, was the entry from Year 7 student Lucy Eglintine, again from St. John Boste house. There was a lot of deliberation between first and second place and on another day this could have won the competition, however, the spring flowers in Jemima’s swayed the decision. Brilliant effort Lucy.

Isabelle Atkinson’s creation came in third place.  Isabelle is a Year 8 student and from St. Anne Line house. Her card was the only entry that came with a handwritten message to the person looking at the card – and what a message it is! So much so, that when the card is created, it will be this message that will be in the inside of the card. Isabelle also takes 5 points for AL house in the competition.

Margaret Clitherow takes 3 points in the competition thanks to this wonderful entry from Year 9 student Chloe Peterson.  Clearly an artist in the making. Chloe’s clever and well-drawn design caught the attention of the judge, however, he didn’t feel it met the brief as much as the top 3 cards.  He acknowledged the amount of time and effort that went into the design and placed it in fourth place.

The card that completes our top five comes as a joint effort from the Ridden sisters, Jorja & Niamh, from Anne Line House. Mr Hope liked their simple, yet effective design, especially the message ‘Stay safe no-one is alone, we are all in this together’.  It was this that placed it ahead of the other designs, many of which featured the symbolic rainbow.

That completes our Top 5 cards, now lets clear up the rest of the House Points for the competition.  The entry from Scarlett Johnson in 7JI2 came in 7th place overall and picks up 2 points for Blessed John Ingram house and Imogen Storey’s 8th place effort picks up that vital point for St. Thomas More.  The house leaders would just like to give Scarlett and Imogen a special thank you as these were the only entries from those two houses.  Hopefully, the girls will have some help in the next competition.

Well done to everyone who took part. Mr Hope is now going to digitise Jemima’s card and get it ready to send to the homes in Hartlepool.  Stay tuned in the coming weeks for more on that story.

As one competition closes, our next begins. The Sitty-Down-Keepy-Up Challenge launches tomorrow. (Tuesday 7th April). We post some more information about that one on social media.