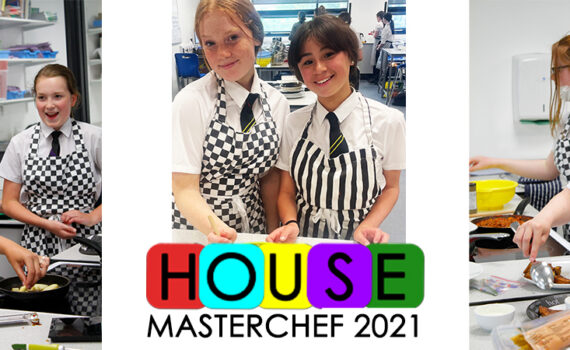 On Wednesday 9th June 2021, it was pots and pans at the ready as our House Leaders organised a Masterchef competition.. The rules of the competition were simple and quite challenging!

"Create a two-course menu for two people with a budget of £5 with just 75 minutes to prepare, cook and serve the menu to our hungry judges. Only one team per house was allowed to enter the competition and each team was to be comprised of two year seven students and one member of staff.  Receipts had to be submitted before the cooking began" Let's Cook!

St. Anne Line, whose team was made up of Mrs Blaylock from the RE Department and students Dylan Weldon and Taylor Considine, produced a starter of Crispy Cajun Potato Wedges with a Sour Cream and Chive Dip. For main course, they served up a classic Spaghetti Bolognese.  Our judging panel, we'll tell you about them later, really enjoyed the dishes, however, would have liked a little more seasoning and a slice or two of garlic bread. 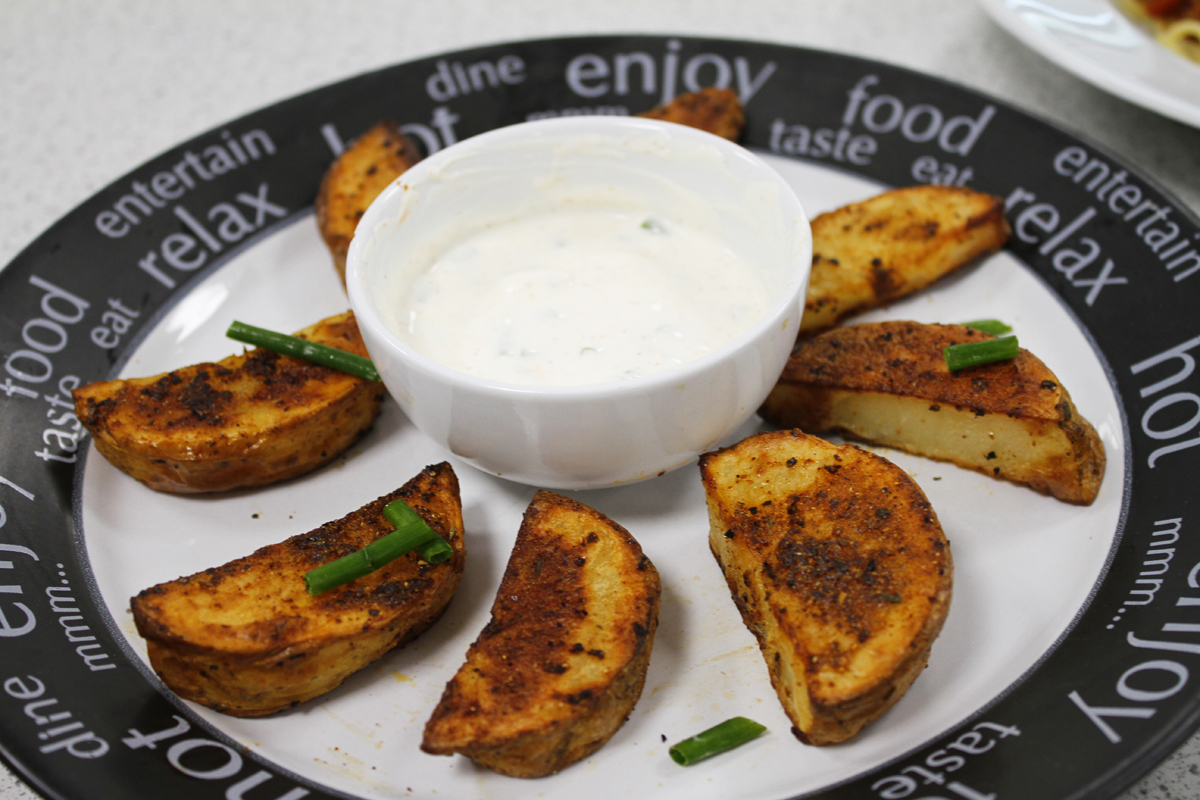 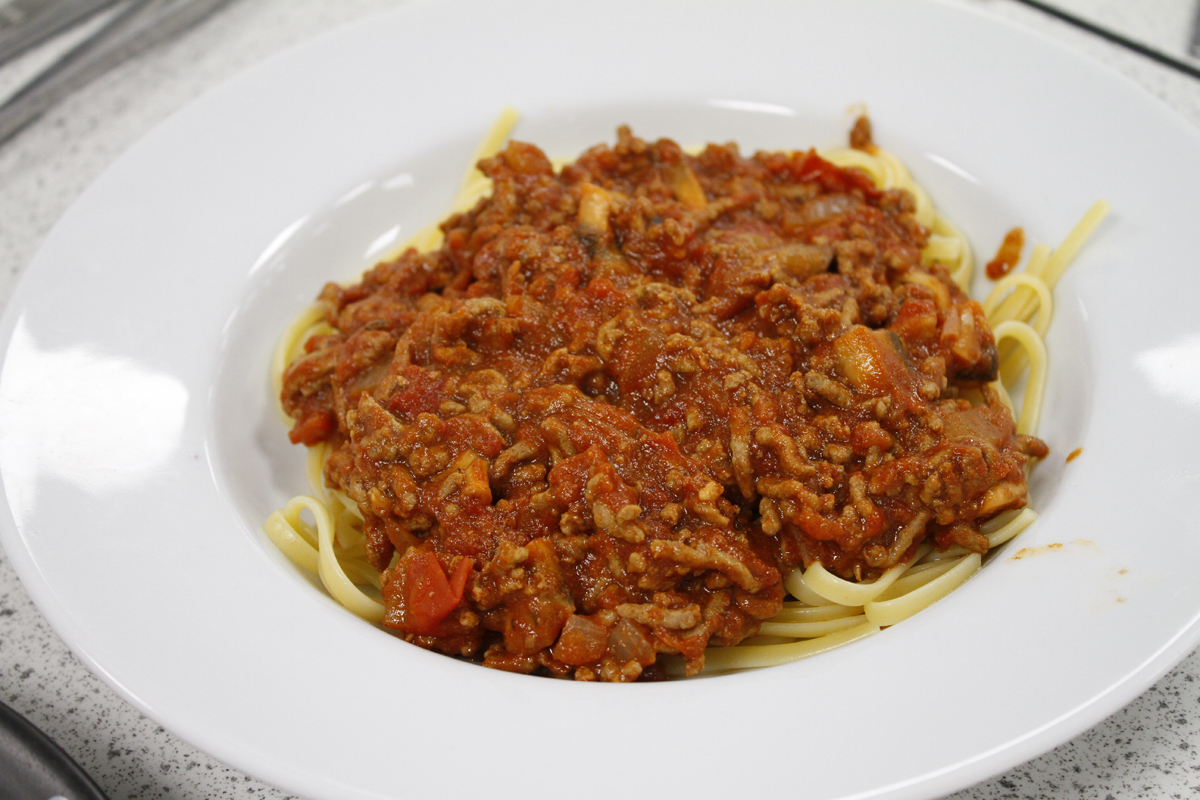 Poppy Paylor and Jenny Picken drafted in the expertise of technology teacher Miss Sanderson to try and win it for St. Margaret Clitherow. Their main course of Mixed Herb Chicken on a Bed of Creamy Mash with Asparagus, Creamy Mustard Sauce and Balsamic Glaze sure looked tasty.  This was followed by an Eton Mess with a Twist for dessert.  Our judges loved the main course, however, were left in a bit of a spin with the pudding and wouldn't preferred a classic version. 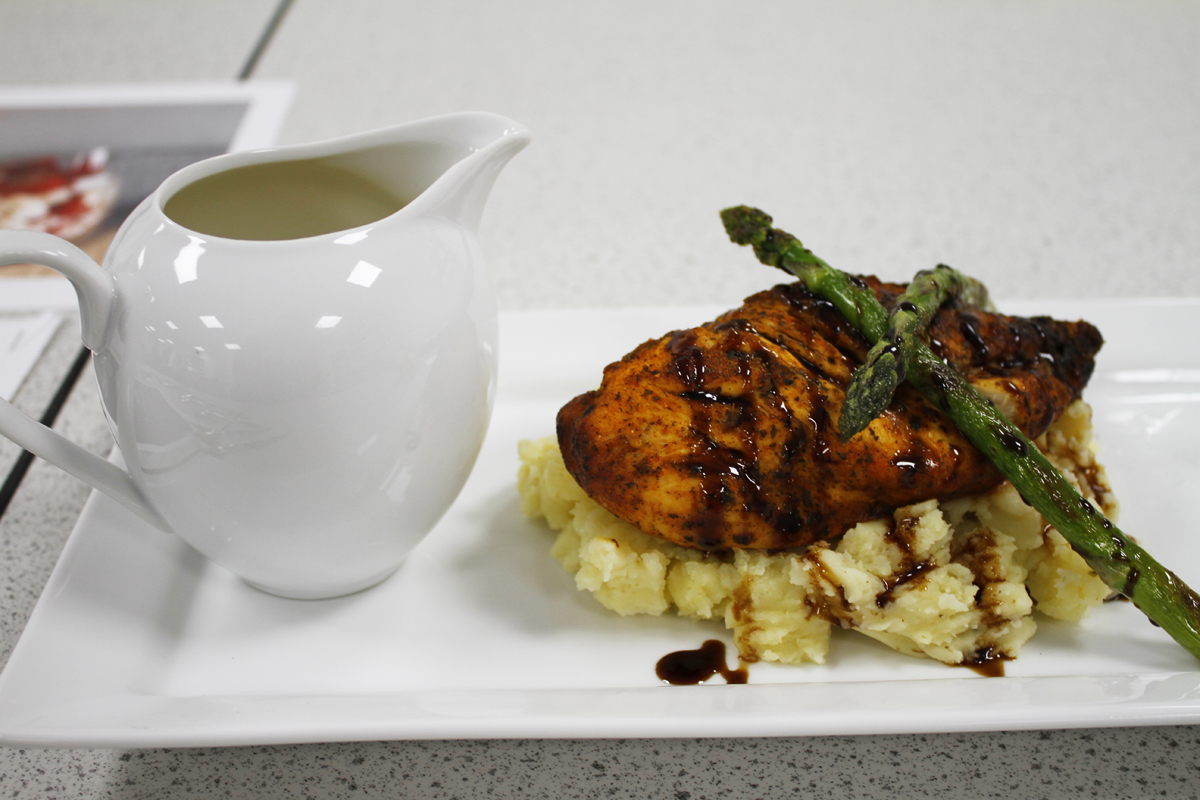 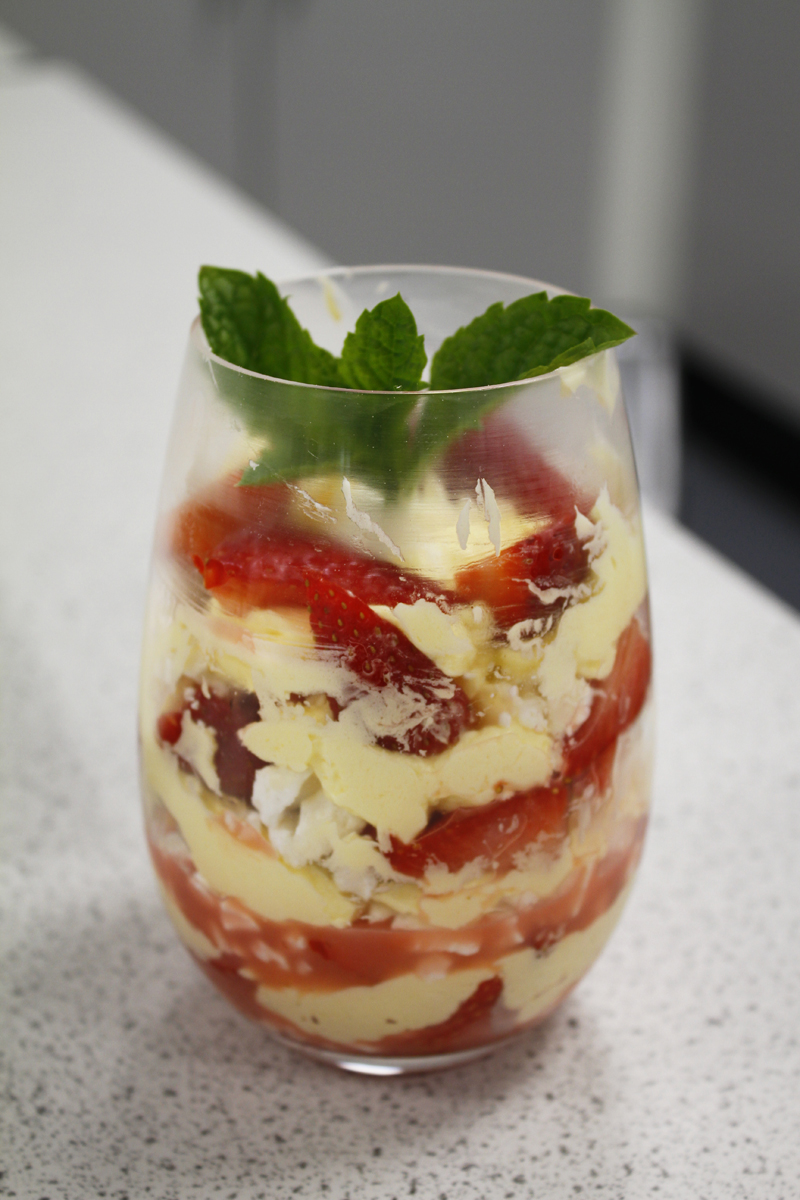 Mrs Phenix-Norman teamed up with Christy Howe and Finley McGeorge to represent St. John Boste and try and please our picky judges. They offered up a Quorn Creamy Chicken Pie with Puff Pastry Top.  Twice cooked Chips, Buttered Spring Greens with a jug of Chicken Gravy.  For dessert, a Dark Chocolate Mousse, Caramelised Apple Tarte Tatin with Double Cream. Our judges loved the pie with the salty greens and the smooth mousse, but did they love it enough to win? We'll see! 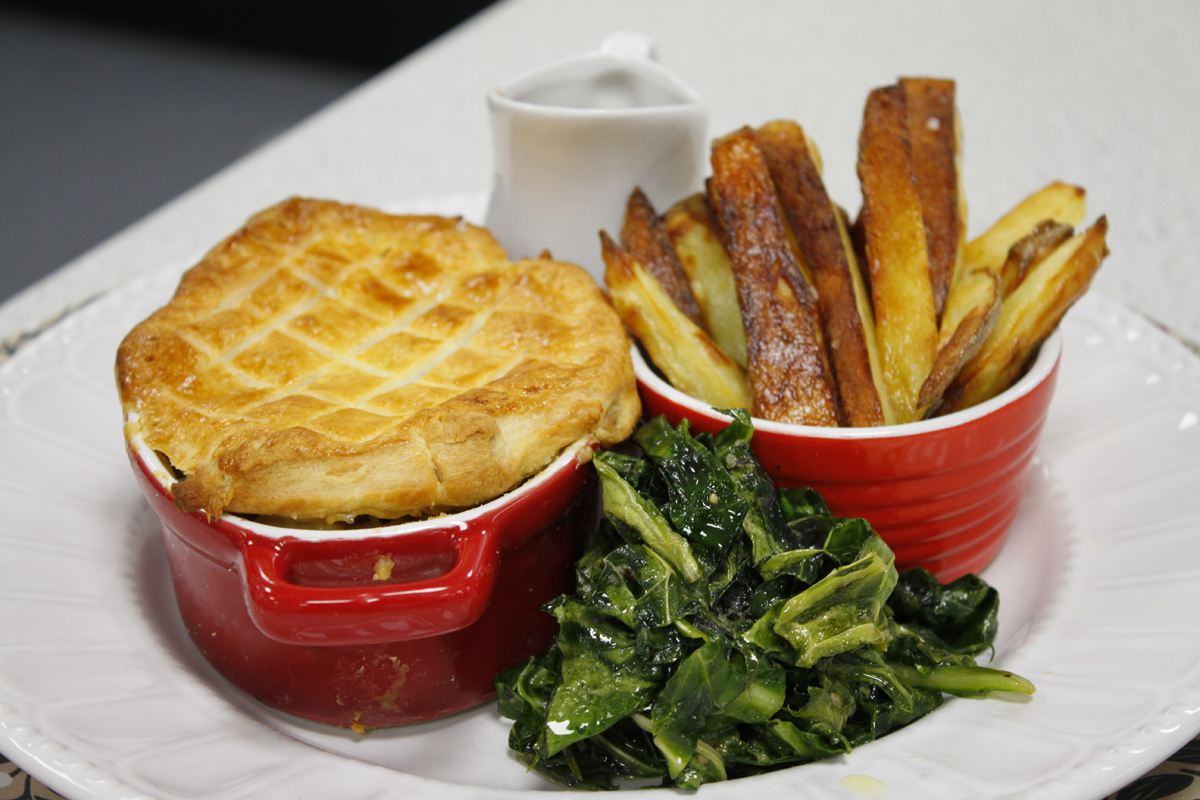 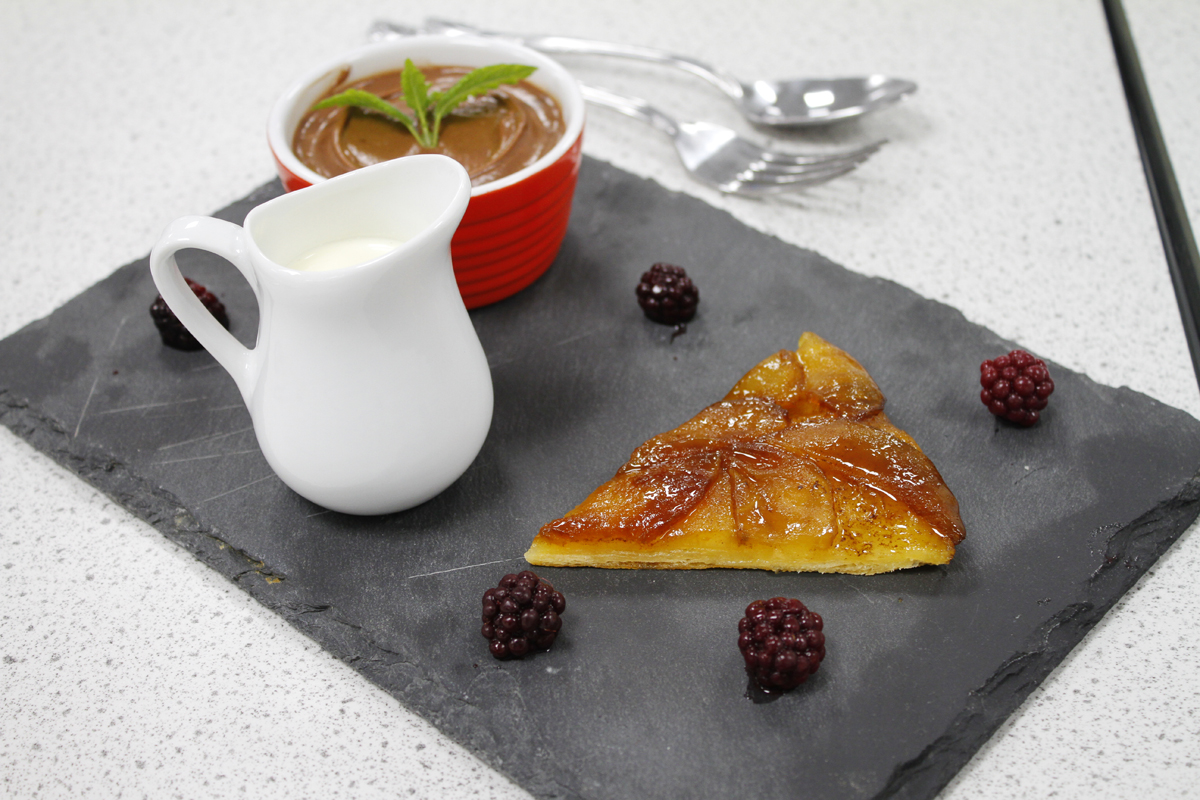 Blessed John Ingram needed a solid menu to try and scrape some points back in the league table.  Mrs Stirk donned an apron to support Izzy Atkinson and Layla Gibson. They cooked up a Five Spiced Paprika Chicken with a Feta, Tomato, Sweetcorn & Spring Onion stuffed Jacket Potato.  This was accompanied with a Oreo Mug Cake with Cream and Marshmallows. The judges thought the chicken 'was amazing' and the dessert was 'moreish', however, the jacket was a little hard. Sounds to me like they just needs a sharper knife. 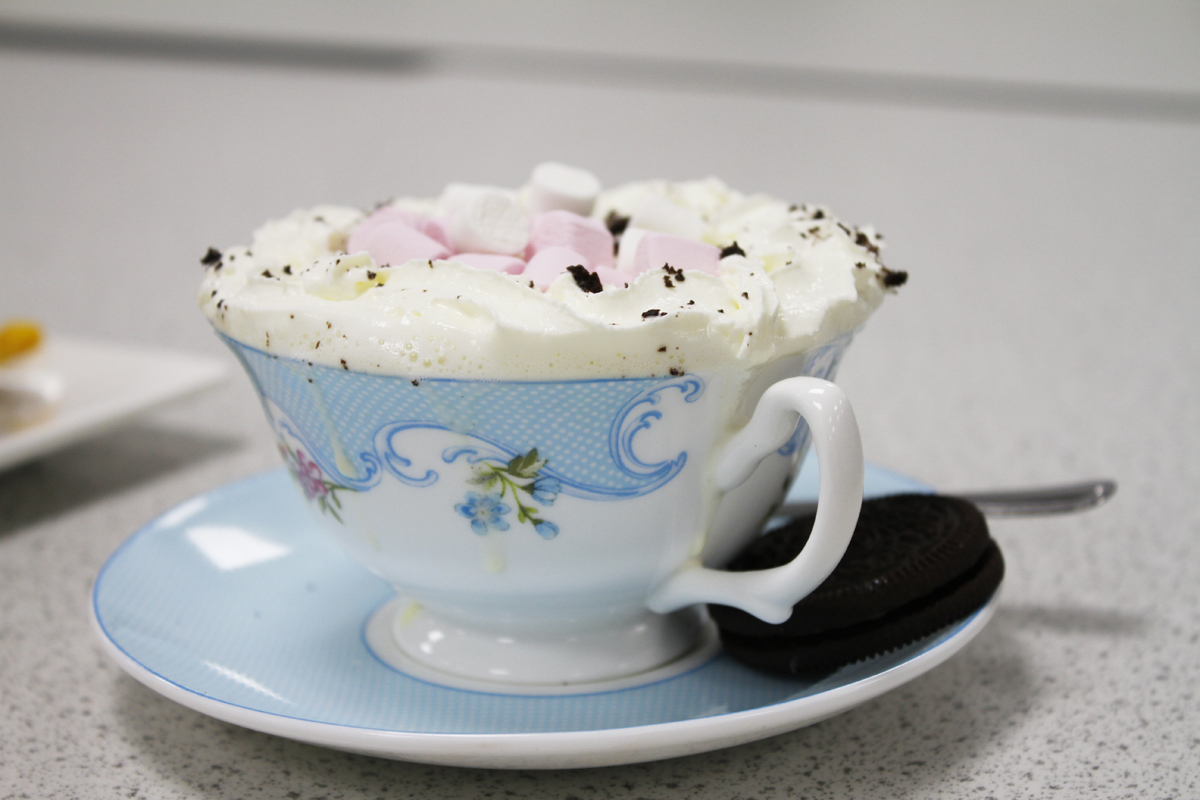 St. Thomas More, our house points leaders, were ready to cook up a storm and keep that lead at the top. Mrs Bell teamed up with Tilly Denning and Saffron Lee to serve up Chicken & Chorizo skewers with Mediterranean Vegetables. For dessert, a classic Eton Mess made with Summer Berries. The judges thought the main needed a sauce, however, the Eton Mess was just what they wanted. 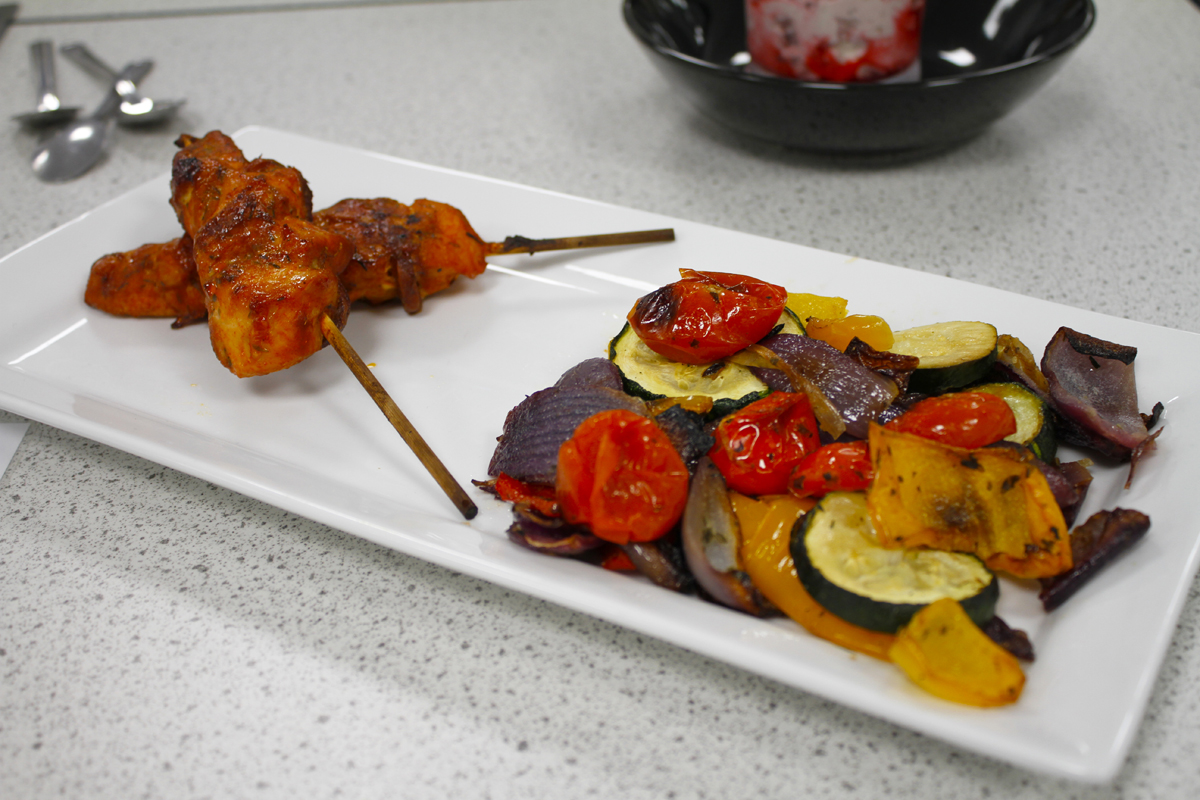 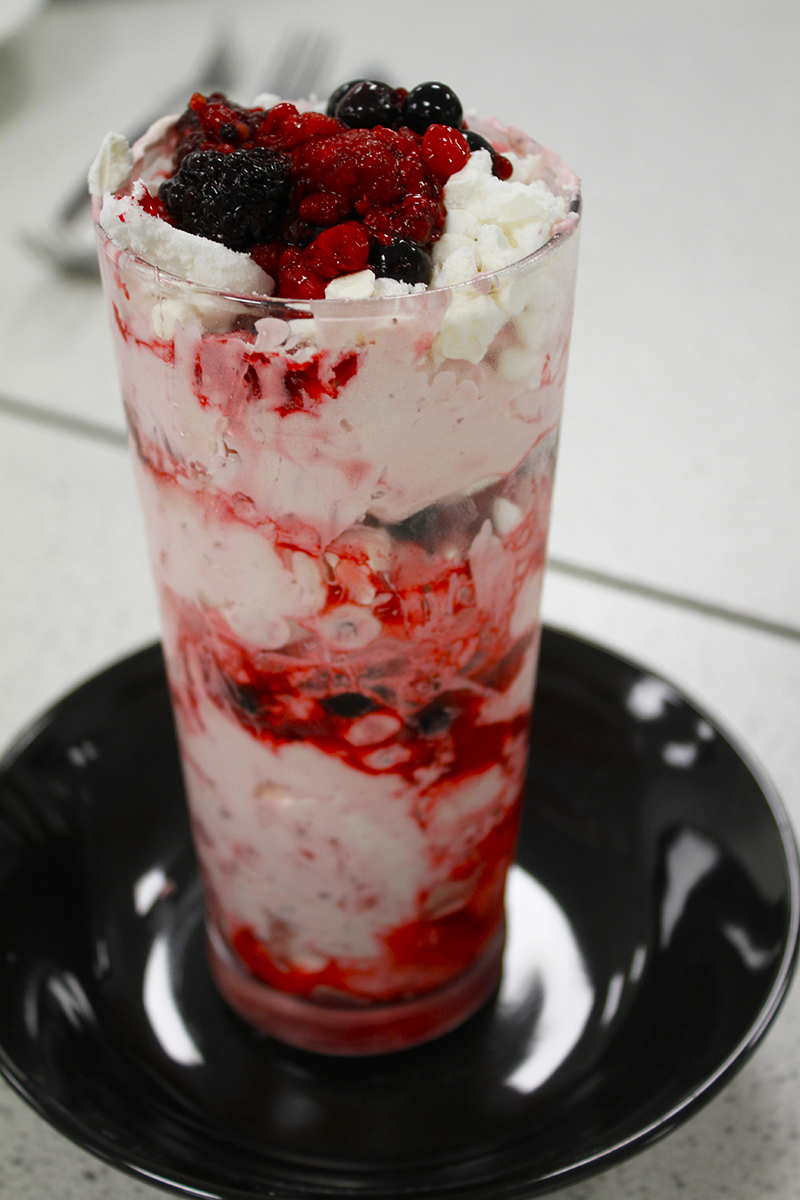 Our judging panel comprised of Head of Sixth Form, Mrs Hogarth.  Mrs Carr, who manages the cleaning team and Year 10 Pastoral Manager, Mrs Williamson. After they had worked their way around the meals, they adjourned to make their decision while the students waited in anticipation and Mr Corcoran finished eating John Ingrams's leftover marshmallows.

The judges praised all the students and gave feedback before delivering the result.

Fifth place was awarded to Anne Line with Margaret Clitherow coming fourth. Next came Thomas More, the classic Eton Mess not enough to get the sway the judges for a higher finish. Blessed John Ingram to come second with the team from John Boste taking the maximum points in first place.

All the students and staff did an amazing job and there was a lot of laughter and fun along the way.  Well done and thank you to everyone who took part.

There are more pictures in the Gallery