The RE Departments Google Doodle Competition 2020 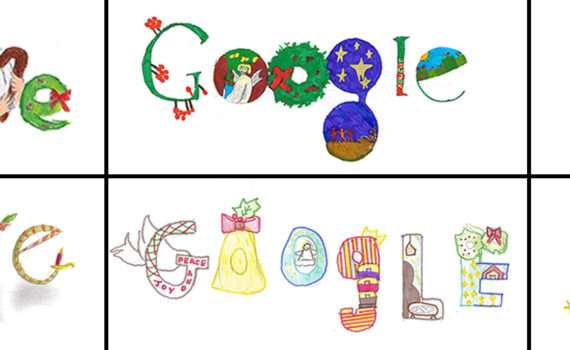 Before the Christmas break, our RE Department held their annual Google Doodle competition for Years 7 & 8.  The competition requires students to design a Google Logo to show the real meaning of Christmas.  The winners are below.

The Year 7 competition was won by Darcey Hall with Imran Dixon in second place and Fern Murray Third.

In Year 8, the winning prize was scooped by Bridget Krancioch-Daniel with Alex Beltran and Jemima Craggs coming second and third respectively.

Well done to everyone who took part!  Prizes were handed out to the winners before we broke up.

Merry Christmas from the RE Department.